OCTOPUSS are an Italian power trio of mind-blowing impact, with international relevance; the group's musical style, influenced by bands such as The Jimi Hendrix Experience, Red Hot Chili Peppers and The Beatles, consists of rock with an emphasis on funk. "Octopuss' show is a High-voltage music party!”(Mojo).

The band is composed by Reepo (guitar and vocal), Garrincha (bass – founder of the Italian multiplatinum band “Le Vibrazioni”, and member of the Italian "Superband") and Nick Turri, replacing the former drummer Luca Capasso. The trio since its debut has been characterized by an energetic and steamy-hot performance on stage and its over the top live acts. “The combination of Octopuss' vintage and yet powerful sound with the energetic determination of the musicians, who are always warmly rewarded by the audience at every gig, makes their live performances unique”.

Octopuss have a large experience in live performance (about a thousand of shows held in 3 continents: Europe, North America and Asia). They have performed at any array of venues and festivals all over Italy, plus tours in U.S., U.K., Europe, and recently 10 tours in China (including some of the world's most famous music venues and festivals in cities as Los Angeles, New York, San Francisco, London, Amsterdam, Berlin, Beijing, Shanghai, Chongqing, Zhengzhou, Guangzhou, Chengdu, Wuhan, Changsha, Xiamen, Tianjin, …). The band has also opened for big international acts (as Deep Purple @Mirabello Stadium, Reggio Emilia in Italy; Scorpions @Changjiang International Music Festival, in China; Xie Tianxiao @Lanzhou International Music Festival in China; Cui Jian @MIDI Festival Shaoxing in China; ...) in front of several thousand fans. Octopuss have received various awards and recognitions (among them, winners of the Italian edition of the Jack Daniel’s Challenge for Rock TV as "the Best Rock Band", the trio was invited to perform at the “Global Music Event” at Lynchburg, Tennessee, to represent the Italian rock scene in the U.S.). 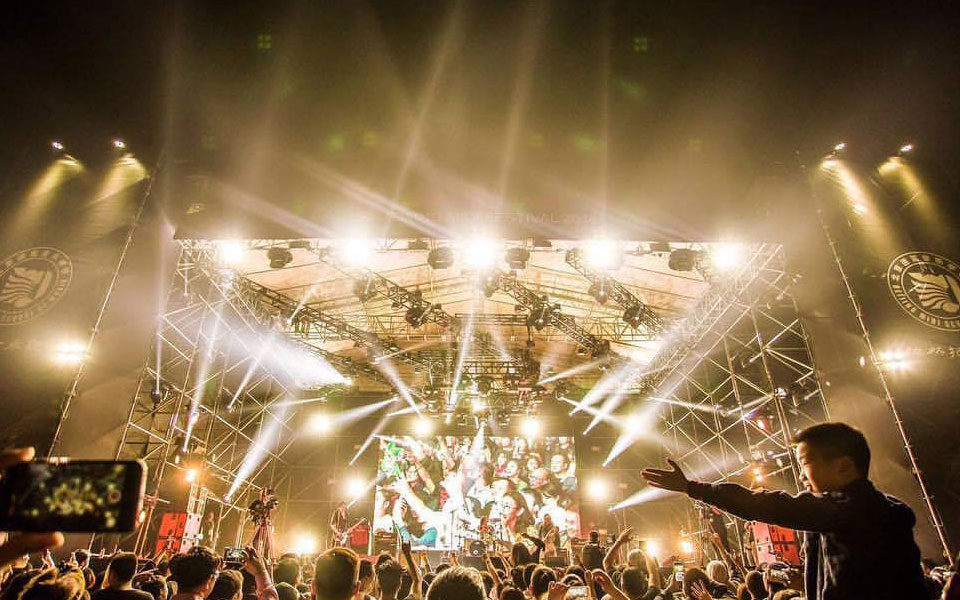 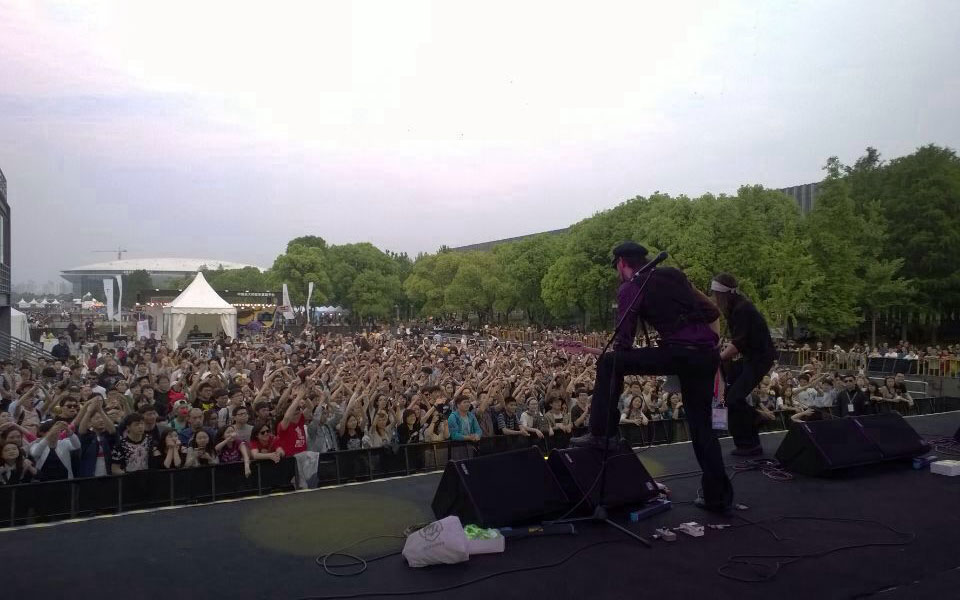 Octopuss are one of the few European bands which has succeeded in Asian live music scene: they completed ten outstanding China tours lasted about one month each, totally about 200 shows held in China in about four years. During the first two tours, strongly recommended by Chinese rock star Cui Jian and Xie Tianxiao, Octopuss played at some of Chinese most famous livehouses (as “Yugongyishan” in Beijing, “Mao Livehouse” in Beijing and Shanghai, “TU Space” in Guangzhou, … ) and big festivals, including in the performances their very own version of Chinese popular rock songs: “Ashima” and “Hai Kuo Tian Kong”, with huge feedbacks from audience and local medias. The band was also invited to perform and awarded by Beijing’s “University of Science and Technology” for its cultural exchange activities between Europe and China. During its second China tour (including cities as Beijing, Nanjing, Shanghai, Tianjin, Xiamen, Guangzhou, Jinan, …) the band played at “Changjiang International Music Festival”, in front of more than 50.000 people, opening for the legendary band “Scorpions . In September 2015, the band completed its “China tour 2015” with a tight schedule of performances at festivals (i.e. “Lanzhou International Music and Culture Festival 2015” and “MOMA” festival in Shanghai) and other Chinese famous livehouses (i.e. “7 Livehouse” in Zhengzhou, and again “Mao Livehouse” in Beijing - which show has been coproduced and sponsored by Embassy of Italy in Beijing -, …).

On May 2016, during its fourth China tour, the band has performed, among the others, at ones of the most huge and prestigious Chinese Music Festivals (“Strawberry Beijing” and “Strawberry Shanghai”, both performances broadcasted on TV) and at “Lai Fu Theatre” in Beijing. In July/August 2016 the band became the first international band signed by the Chinese company “XTX studio” and started its fifth China tour, performing more than 25 shows at other prestigious Chinese Music Festivals and livehouses (including Typhoon festival in Shandong, MOMA festival in Liuzhou, …), and guesting on stage icons of Chinese rock scene (such as Xie Tianxiao, Zuoxiao Zuzhou); the band has been invited to perform live on the famous Chinese TV Channel CCTV5 its original cover of one of the most famous Chinese rock song (Beyond’s “Hai Kuo Tian Kong”): the performance, broadcasted worldwide, has been seen by more than 50 million people in the Big China. In October and November 2016, Octopuss have performed their sixth China tour, including other big festivals such as “Strawberry Nanjing” and “MIDI Festival” in Shaoxing (playing night time right before the Chinese rock legend Cui Jian) and shows in more than 25 cities. On December 31st Octopuss have performed live on the “New year eve TV show” held in Haikou, Hainan Island, broadcasted by Hainan Tv . On June, July and August 2017 the band has completed its seventh China tour, including the first huge festival in Inner Mongolia and many other shows.

On September 2017 the band has also started its collaboration with the Chinese mainstream rock star “Luo Qi”, recording the single “Reborn”, together in Beijing; on November/December 2017 Octopuss and Luo Qi have started a China tour together, which has brought the band to perform at Chinese bigger indoor superclubs in cities as Beijing, Tianjin, Hangzhou, Changsha, Xi’an, Wuhan, Jinan, Chongqing, Chengdu, … and has continued with outdoor shows in the next half year.

After that, in 2018, the band has completed its ninth China tour, lasted about two months, with performance at “Hongyuan Music Festival” in Sichuan, “Liaoyang Music Festival” in Yingkou, “Rural Tourism Culture Festival” in JiaJiazhuang, “Sea Music Festival” in Jinan and, on October 2018, they have been invited for a double performance on the 2 days at the famous “Nanjing Forest Music Festival”. Back to Europe, and after other shows in Germany and Austria, Octopuss have performed as main act at the first Italian-Chinese Rock festival “Mandorla Music Festival”, obtaining a successful sold out at prestigious Milan’s superclub “Magazzini Generali”. The band, by now stably present in the line up of most prestigious festivals all across China, has completed in 2019 its tenth China tour, including its headliner show at Nanyang Stadium, Henan Provence. Octopuss, unable to perform around the world due to the serious pandemic situation in the 2020, are already receiving invitations for shows and festivals in China for the second half of 2021. 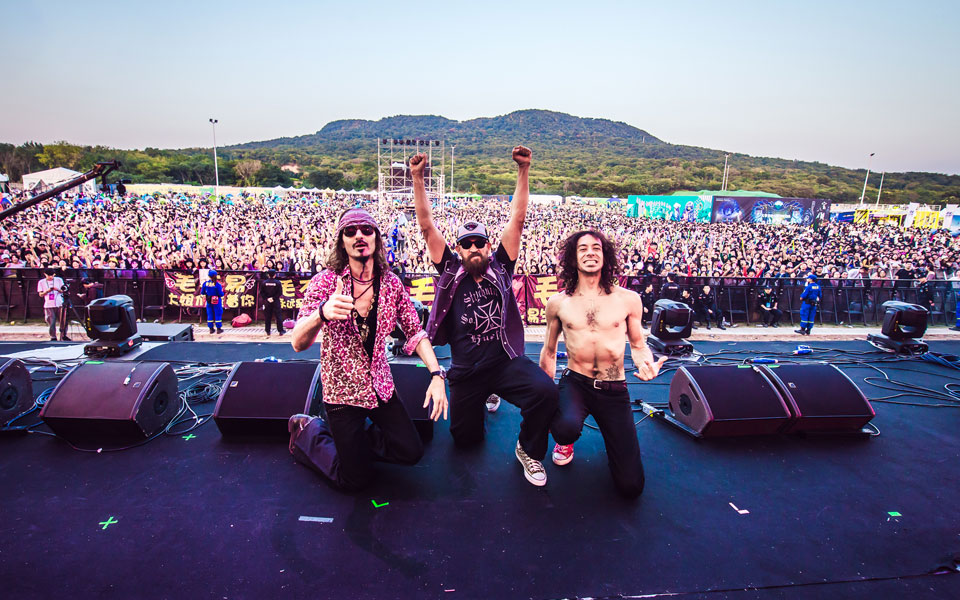 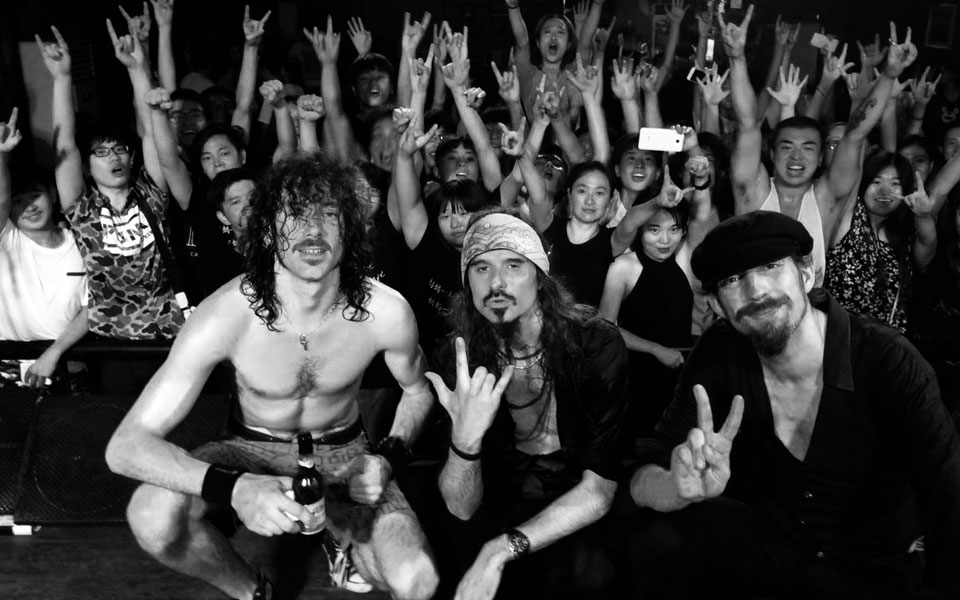 Currently Octopuss are the European band that has played more shows in China during the last 5 years, and they are actively busy promoting cooperation and cultural exchange between the European and the Chinese rock scenes. Reepo, the band’s leadsinger, has also worked with the Chinese rockstar Xie Tianxiao on the recording of his new album”那不是我”, produced by Marco Trentacoste, and has played as “guest guitarist” on three tracks of the record, which has won the “Asian Grammy” Golden Melody Award for “Best Chinese Rock Artist 2018”.

Octopuss have gained, also, a world class production and top studio recording. Thank also to the contacts they have collected during the hot performances held in California during their previous U.S. tours (which included shows at legendary venues as The Viper Room and The Cat Club, in Hollywood), Octopuss, moved to Los Angeles, have been invited to The Band's legendary Shangri-La Studios in Malibu by Beej Chaney (singer/guitarist from “The Suburbs”) - who was both impressed and fascinated with the Italian band's unique sound - for the recording sessions of their highly anticipated new upcoming album “A Nut For A Jar of Tuna”. 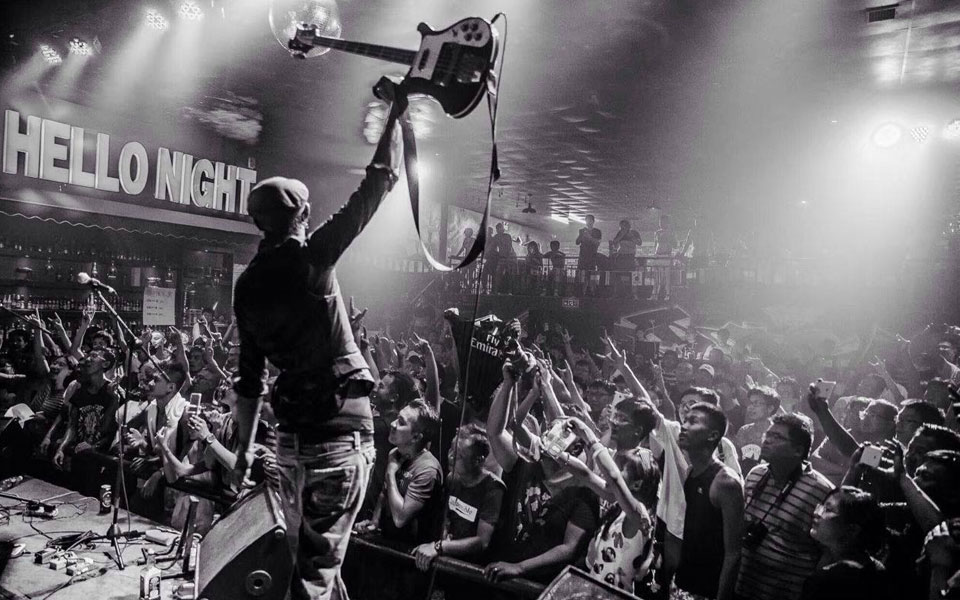 The album, produced and mixed with multiplatinum British producer Gary Miller, with the collaboration of Beej Chaney and Eric Lynn (sound engineer: Eminem's The Marshall Mathers LP 2's, Metallica's “St. Anger”, Ed Sheeran’s “Don’t”, ZZ Top’s “La Futura”, …), has already been released within Asian territories, and will be release in western countries in 2021.